Saturday is the opening party of Surfschool Aloha on Scheveningen, with among others Typhoon (large photo). Due to a severe accident of the son of the owners, the party was postponed for two years. The now eight year old Xavi is almost completely rehabilitated and that is celebrated big.

Tuesday morning Xavi and mother Daphne Oedekerk were guests in the program ‘Haagse Ochtendradio’ on Den Haag FM. “My world collapsed, it was ten past eight in the morning when my husband was on his way to school with the children. I decided to give the children a hug in the schoolyard when I heard that Xavi had been hit by a truck. When I arrived at the scene, the whole intersection on the Groot-Hertoginnelaan had been cordoned off and there were already fire trucks, police cars and a trauma helicopter. Soon Xavi will undergo the last of eleven operations.”

Oedekerk further told about the special bond with Typhoon. “Glenn (real name of Typhoon, ed.) had his first surfing lesson with us and a good friendship developed from that. When he heard about the accident he immediately jumped into the car to take care of Xavi’s older brother Raphael. After his first surfing lesson he said he would come and play at the opening party. The party was postponed, of course, but he kept his word.” The party starts Saturday at 19.00 with the opening by Alderman Boudewijn Revis. At 22.00 hours Typhoon will perform. 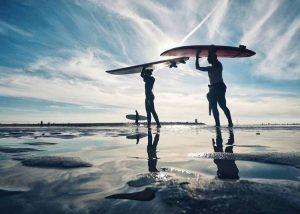 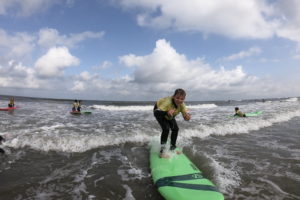 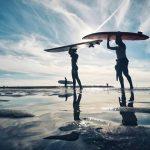 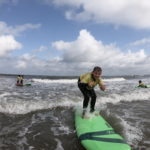 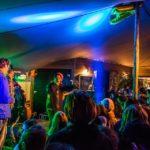